KScope16 and FDMEE: Everything You Need to Know 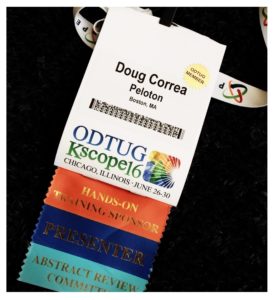 KScope, ODTUG’s annual conference for Oracle Developers, was held just a couple of weeks ago.  And Oracle product managers were out en masse to reveal new offerings, application features, and product roadmaps.

The Oracle mantra was pretty simple: cloud, cloud, cloud, and more cloud. In fact, if you drank a shot every time you heard the word “cloud” at KScope16, you would have been in a drunken stupor 5 minutes into Sunday’s EPM Symposium. Really, though, this is no surprise. Cloud services was the centerpiece of Larry Ellison’s Oracle OpenWorld 2015 keynote address.

So, if you’re a Hyperion customer or implementation specialist using FDMEE what does all of this cloud rhetoric mean for you?  Here’s what you need to know.

As of Release 11.1.2.4.200, on-premises FDMEE can integrate with on-premises and cloud-based EPM applications.  So, now you can use on-prem FDMEE to load your actuals data to Hyperion Financial Management (HFM) and to load your budgeting and forecast data to Oracle Planning and Budgeting Cloud Service (PBCS).  Yeah, this is kind of a big deal. It’s so significant that we re-worked our Peloton FDMEE Hands-on Training for this year’s KScope to highlight cloud integration.

So you might be wondering: Why would we want to use on-premises FDMEE to integrate data with our cloud apps anyway?  Here are 3 good reasons.

If you already have on-premises FDMEE licensed and you’re implementing PBCS, it’s a no-brainer.  With on-prem FDMEE you can have one application as hub for all Oracle EPM data integrations, from on-premises to cloud.   If you’re a cloud-only customer you’d have to make the case for one or more of the above purposes to justify additional licensing for on-prem FDMEE.

While the cloud and hybrid support was definitely the big FDMEE takeaway at KScope16, there were some other noteworthy items.

Now, here’s what’s coming to FDMEE in the near future… maybe. Well, we’re pretty sure. (See disclaimers below.)

And now the caveats…
The Oracle Safe Harbor; we all know this one by now.  When it comes to roadmap stuff, Oracle makes no promises as to when a new feature will be available; Oracle even reserves the right to deep-six it for whatever reason. Next, the Oracle product team has their marching orders: it’s cloud first, baby.  Therefore, if a feature is shared by both on-premises FDMEE and FDMEE for Cloud expect to see it in the cloud version first and on-prem a few months later.

It’s safe to expect new features every 3-to-4 months for on-premises FDMMEE 11.1.2.4, by way of past set updates (PSUs). Oracle’s next version of on-premises EPM software will be Release 12, a major update to the EPM platform. (That’s right. no more 11.x releases.) But we’re hearing Release 12 isn’t expected until the latter half of 2017. (Safe Harbor! Safe Harbor!) Even though 11.1.2.4 debuted nearly 18 months ago, it has plenty of life ahead of it. And with increased demand and functionality for hybrid support, expect lots of new features for FDMEE.